Operating a watercraft, operating a boat or boating while intoxicated or boater OWI or boating under the influence is held to be a very dangerous crime, also known as a BUI. BUIs are the cause of an increasing number of fatal and non-fatal injuries that occur on the water. According to the most recent study by the United States Coast Guard Law Enforcement, boating under the influence involving drugs or alcohol was a contributing factor in almost one quarter of all boating injuries and boating accidents.

Law enforcement officers may also pull over a boat or personal watercraft for suspicion of intoxication if the operator is acting erratically (like a car) or putting other boaters at risk (boating safety issues). Let us help you determine if a hot July day in the sun on the water in Wisconsin (and possibly drunk) is worth months of getting your license revoked, some drunk water boating safety course and the arrest itself.

Appreciate The Seriousness Of The Situation And The Law

A driver operating a boat under the influence or boating while intoxicated charge either by alcohol or drugs with no injuries or other special circumstances comes with a boating motor vehicle drivers license suspension to operate, high fines/fees, ignition interlock and skyrocketing auto insurance rates but a criminal dui carries with it months in jail, permanent commercial license revocation. More serious Bui or boating while intoxicated prosecution, possible mandatory jail time, driver’s license penalties, license suspension and . All of this can cause problems at work, including discipline or firing. With 1,000+ possible difficulties meeting work, school program or family obligations. That’s why it is important to take action as soon as you are charged with a BUI license violation. Check out drug testing, refusal, commercial Wisconsin sobriety laws, fines and jail time fine related penalties on our website.

So essentially long story short, don’t serve jail time or prison and get convicted because of a water incident if you don’t have to. Walk away with a misdemeanor, traffic driver’s license suspension, fine and revocation of boating privileges or boaters operator consequences. I’ve only met one person in the 1,100ish that I’ve represented who did not mind the years in prison.

In my experience as a Wisconsin DUI and BUI crime lawyer, many a person believes there is no point in fighting intoxicated charges. They believe they are destined for months long jail. You may think if the police or DNR enforcement have a blood alcohol concentration (bac) measurement above the legal age of 21 legal limit, they have enough proof to convict. I’ve made a reputation for proving the cops wrong in a jury trial. Don’t just “buckle under” with a cop that doesn’t believe you basted on your breath. Let our lawyers and attorneys organize your case, challenge the bac test and let our lawyers prove you innocent of the crime to a jury.

Sometimes even though you might think you are guilty because you were arrested our lawyers and attorneys might find that one of your prior convictions might be flawed from a legal prospective. When that happens, your DUI or BUI 5th prior conviction might get reduced to possibly a BUI or DUI 1st conviction no matter what your related bac convictions are. This is called a collateral attack. Lawyers and attorneys use this course often an with great success. Call us first to find out if your situation is open to a collateral attack motion.

The first thing you should do after an arrest for DUI is contact a lawyer. If you can’t afford one, call or visit a local legal aid office. They will help you find a lawyer.

You should go to court on the date listed on your ticket. If you don’t have a lawyer, tell the judge that you would like a reasonable amount of time to find one. The judge will probably give you a court date for about two weeks later, and may set bail. You should ask the judge to lower your bail or release you on your own recognizance (without having to pay bail) if you have not been involved in any other criminal activity.

You will be asked to enter your plea. Your lawyer may ask the judge for a continuance, which means that you would have to come back later on in order to plead guilty or not guilty.

You will be given a court date and time to return for your trial. Your lawyer may ask the judge for another continuance.

If you have been charged with a felony, then you will be tried by a jury of your peers. If the judge decides that it is in your best interest to have a jury trial, then you will be asked to choose six people from the jury pool who are willing to serve on your jury.

If you have been charged with a misdemeanor, then your case will be tried by the judge.

You may be ordered to pay a fine, serve time in jail or prison, and/or you may be required to attend DUI school. If your license has been suspended, you will have to pay a fee for reinstatement.

If you are found not guilty, then the charge against you will be dismissed and your license will be reinstated after consulting with the DMV.  It isn’t automatic.

If you plead guilty, the court will impose a sentence and you may have to pay fines, serve time in jail or prison, and/or you may be required to attend DUI school.

If you are convicted of a DUI, your driver’s license will be suspended for a period of time.

If you have been convicted of driving under the influence, your insurance rates will increase dramatically and you may have trouble getting insurance.

14.   What is the difference between a DUI and DWI?

15.   What are the effects of alcohol on the body?

The effects of alcohol on the body can vary greatly from person to person depending on these factors:

16.   What are the effects of alcohol on the bod

When drinking alcohol the body absorbs it at different rates. It is estimated that a healthy liver can process about one drink per hour. The body also processes alcohol at different rates based on your weight, gender and whether you have eaten.

How many drinks did you say you had?

Most people have no idea how many drinks they can have and still be able to drive. The question is, “What does it take for you to become intoxicated?”

For those of you who have been wrongly charged or at least have not done all the things the police officer is saying you did, getting a good BUI or DUI defense attorney from a law firm devoted to these is key. Anybody can go plead guilty to a BUI or DUI but knowing exactly what your pleading to, the law and all the consequences that come along with it is the tough part. Unless you are in court and breathe BUI defense service like we do, hiring a good lawyer is a must no matter what your age is.  Contact a lawyer who could tell you for free (like we do) the Wisconsin boat operators 1,000+ state laws, the fines and how they affect you.

We Offer DUI Defense Services In The Following Areas:

We Are Always Opening New Offices So Search For DUI Lawyer & Criminal Lawyer Near Me! 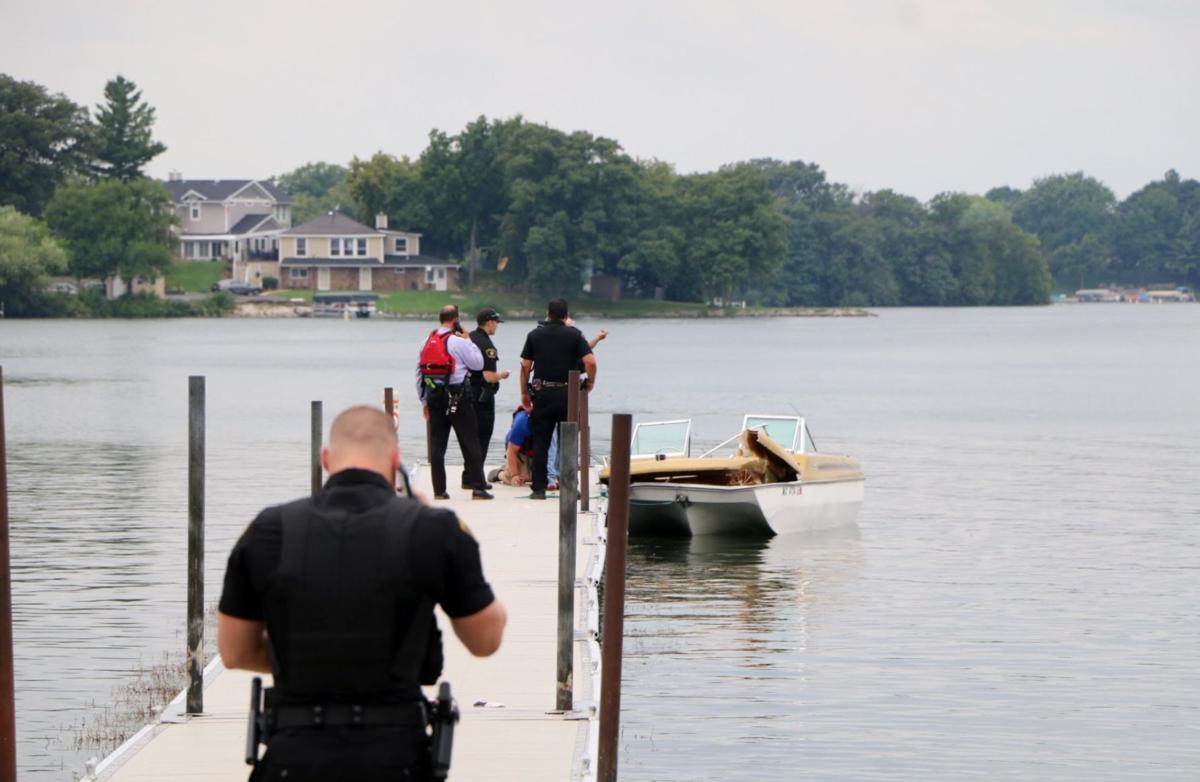