The offense of vehicular homicide is defined generally as a a person who unintentionally, negligently, or recklessly drives a vehicle which causes the death of another by the use of that vehicle. Vehicular homicide a felony. That person commits vehicular homicide, a felony not a misdemeanor, usually gets charged during a drunk driving accident when someone’s death is the proximate cause by the drunk driver.

The vehicular homicide felony offense, or in some states classified as a second degree homicide offense it depends on the statutes, lawyers at Mullen, Schlough & Associates S.C. excel in representing clients in all aspects of gross vehicular homicide or sometimes called involuntary vehicular manslaughter offenses.

Vehicular homicide are serious felony offenses conviction cases carrying a sentence of more than five years and sometime a minimum of three years in prison and shall at minimum license suspension. You have to be found the proximate cause of the victim’s death by the judge or jury to be negligent of a vehicular homicide. The other side must prove that you committed this.

Although the evidence may seem substantial (like a death) against the person or defendant’s character, there are many options an attorney can use to challenge the vehicular homicide, or in some states classified as a second degree homicide, charge in crimes like these. It is important to act quickly to involve a legal professional who can properly assert and support rights and act as a knowledgeable voice inside and outside of the courtroom. Our vehicular homicide reckless negligent operation lawyers have achieved amazing results in vehicular homicide or sometimes called vehicular operation manslaughter cases during the pre-file stage as well as in the courtroom. Our vehicular homicide agents have the expertise to have vehicular homicide cases completely dismissed, or pursue a lower sentence for the client. This is what a person strives for but the situation of the victim is tantamount. Slight injury will result in probation, killing will result in prison time. The reckless manner and driver’s alcohol blood result is of note but you have to be convicted first. Let’s let the judge or jury decide a conviction involving prison before you do.

In Wisconsin a vehicular homicide , or in some states classified as a second degree homicide offense, handled by an experienced team of drunk or drug influence vehicle driving or criminal defense attorneys such as Mullen, Schlough & Associates can result in a different conviction entirely. We can persuade the prosecution to a “lesser” offense carrying with it a much lesser sentence and much less conviction resulting in a sentence involving a misdemeanor and possibly probation and punishable by less prison.

The old thought of, “All Criminal Attorneys Do Is Get Their Guilty Client Off.” just isn’t true and a well-seasoned vehicular homicide lawyer knows it. Don’t be convicted of the crime then realize you need help. Again let’s let the judge or jury decide that before you do.

Appreciate The Seriousness Of The Situation And The Law!

If a person has been arrested for the crime of vehicular homicide driving reckless with poor safety, they probably know the seriousness of the situation WHEN they find out they may have caused the death of another person referred as the victim but they might not know the finer details of the law. Don’t let your buddies influence you into being a conviction. Don’t let them convince you that, “A prior is a prior is a prior.” Often times this is not the case.

Fight The Charges and Know The Laws!

So essentially long story short, don’t spend years in prison if you don’t have to. Walk away with a misdemeanor, traffic suspension and probation. I’ve only met one client in the 1,100ish that I’ve represented who did not mind the years in prison. In my experience as a Wisconsin OWI crime lawyer, many people believe there is no point in fighting intoxicated driving charges.

You may think if the police have a blood-alcohol concentration measurement above the limit, they have enough proof to convict. This is not entirely true! Police officers make mistakes at work, including mistakes with gathering, evaluating and storing evidence.

In addition when you tell them someone was taking you home the cops end up not believing you nor your designated driver. I’ve made a reputation for proving the cops wrong in a jury trial. Don’t just “buckle under” with a cop that doesn’t believe you. Let us organize your case and prove it to a jury and prove it to the judge who was operating a motor vehicle under the influence of alcohol.

They may also violate of defendants’ civil rights. There are literally thousands of vehicle driving defenses to an OWI and Drunk Operating charge in Wisconsin. Never plead guilty before calling the Mullen, Schlough & Associates S.C. for a free initial consultation about your case and your options. Contact us so we can go over the penalties with you and the most the crime is punishable. Don’t spend years in prison for some vehicular thing involving reckless alcohol or drugs driving violation that you didn’t do.

The first thing you should do after an arrest for DUI is contact a lawyer. If you can’t afford one, call or visit a local legal aid office. They will help you find a lawyer.

You should go to court on the date listed on your ticket. If you don’t have a lawyer, tell the judge that you would like a reasonable amount of time to find one. The judge will probably give you a court date for about two weeks later, and may set bail. You should ask the judge to lower your bail or release you on your own recognizance (without having to pay bail) if you have not been involved in any other criminal activity.

You will be asked to enter your plea. Your lawyer may ask the judge for a continuance, which means that you would have to come back later on in order to plead guilty or not guilty.

You will be given a court date and time to return for your trial. Your lawyer may ask the judge for another continuance.

If you have been charged with a felony, then you will be tried by a jury of your peers. If the judge decides that it is in your best interest to have a jury trial, then you will be asked to choose six people from the jury pool who are willing to serve on your jury.

If you have been charged with a misdemeanor, then your case will be tried by the judge.

You may be ordered to pay a fine, serve time in jail or prison, and/or you may be required to attend DUI school. If your license has been suspended, you will have to pay a fee for reinstatement.

If you are found not guilty, then the charge against you will be dismissed and your license will be reinstated after consulting with the DMV.  It isn’t automatic.

If you plead guilty, the court will impose a sentence and you may have to pay fines, serve time in jail or prison, and/or you may be required to attend DUI school.

If you are convicted of a DUI, your driver’s license will be suspended for a period of time.

If you have been convicted of driving under the influence, your insurance rates will increase dramatically and you may have trouble getting insurance.

14.   What is the difference between a DUI and DWI?

15.   What are the effects of alcohol on the body?

The effects of alcohol on the body can vary greatly from person to person depending on these factors:

16.   What are the effects of alcohol on the bod

When drinking alcohol the body absorbs it at different rates. It is estimated that a healthy liver can process about one drink per hour. The body also processes alcohol at different rates based on your weight, gender and whether you have eaten.

How many drinks did you say you had?

Most people have no idea how many drinks they can have and still be able to drive. The question is, “What does it take for you to become intoxicated?”

What legal DUI defense strategy has he or she used to win “unwinnable” cases before?

Other Types Of DUI Defenses

The minimum penalties for a DUI first offense are as follows:

The minimum penalties for a DUI second offense are as follows:

If you are a CDL driver or have one in the family, it is crucial to know that there are different rules when it comes to DUI’s. A DUI conviction will stay on your record for life.

Two Firsts and a Third After Ten Years Rule

In Wisconsin if there is 10 years or more between your 1st DUI conviction and your 2nd DUI conviction, the State just gives you another OWI 1st, but as soon as you get your 3rd the State counts all your OWIs your entire life.

Many drivers accused of such cases for the first time are confused when they are handed two tickets for what they thought was one event. In fact, Wisconsin breaks intoxicated driving into two offenses: operating under the influence and operating with a Prohibited Alcohol Concentration (PAC). A good DUI defense attorney should know this. The PAC or Blood Alcohol Content (BAC) ticket accuses you of driving with a blood-alcohol concentration or blood alcohol content of 0.08 or higher breath or blood test.

The police will accuse you of driving under the influence of an intoxicating substance whether that be alcohol, narcotic drugs or medication. Even if you are convicted of both, you can only be penalized once. The two tickets have the same penalties. But prosecutors like the redundant tickets as it allows them to move forward with one even if we can disprove the other conviction.

THIS IS WHY YOU NEED US!

The representation with a DUI attorney at Mullen, Schlough & Associates S.C. work with people who need help with all OWI defense issues.

Our lawyers and DUI attorneys understand that people who have been charged with a DUIs and gone through a DUI arrest are not necessarily criminals. The great majority of people we represent either suffered a quick lapse in judgment that resulted in a situation getting out of control or were caught in the wrong place at the wrong time.

If you have gone through a DUI arrest, do not hesitate to contact one of Mullen, Schlough & Associates S.C. OWI/DUI lawyers/attorneys near you for a free initial consultation.

It’s important to act quickly when you are charged with an OWI or DUI. The longer you wait to talk with one of our lawyers, the easier it is for evidence and opportunities to disappear and your conviction gets more probable. Remember our lawyers may help you for free so why not call.

Call 1-888-375-3056 toll free 24 Hours a day to schedule your Free Consultation today with one of our best DUI criminal lawyers near me or best DUI attorneys near me either by email, video consultation, phone or in-person.

We Offer DUI Defense Services In The Following Areas:

We Are Always Opening New Offices So Search For DUI Lawyer & Criminal Lawyer Near Me! 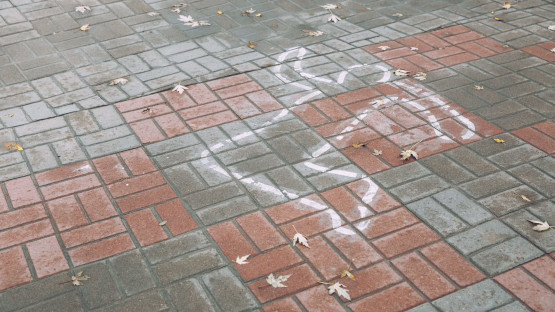