These days, even the allegation of a sex-related crime is enough to tarnish anyone’s reputations. Shockingly, few out of every allegation is precise, which can influence the eventual fate of the accused. Therefore, any individual facing a sex crime in Wisconsin are encouraged to get legal counsel promptly to relieve the effect that the charge has on one’s life.

In Wisconsin, sex crimes can fall into five distinct classifications; from first degree, which is very serious, to fourth degree. Whenever a person is convicted for a sex crime, the court will decide your sentence dependent on the significance of the offense. Sex offender registry is regularly required in a lot of cases up to a lifetime. GPS lifetime monitoring may likewise be requested in some situations.

Lesser degree sex crimes usually include youngsters older than 12 or grown-ups without the utilization of a lethal weapon. Fourth-degree sexual assault is a misdemeanor charge. Other sex crimes that don’t fall into these classes include possession of pornography, soliciting, and prostitution.

1st-degree sexual assault in Wisconsin comes with up to 60 years in prison and is considered a Class B felony. In cases where the victim is not more than 13 years of age and the assault leads to an injury, the charged individual could be facing life imprisonment.

2nd-degree sexual assault in Wisconsin also includes sex with a mentally affected individual, an intoxicated or unconscious person, a parole officer or prison guard having sex with a parolee/inmate, and a caregiver having sex with a patient. These crimes are Class C felonies that come with a penalty of up to 40 years imprisonment and/or a $100,000 fine.

3rd-degree sexual assault in Wisconsin includes any other non-consensual sex, urinating, defecating on someone, or ejaculating. They are considered Class G felonies, and anyone charged could face up to 10 years imprisonment and/or a $25,000 fine.

4th-degree sexual assault in Wisconsin incorporates any other non-consensual sexual contact, groping, etc. Crimes in this category are considered Class A misdemeanor, and they carry penalties of up to 9 months imprisonment and/or a $10,000 fine.

The social stigma associated with sex crimes is destructive. At Mullen Schlough & Associates S.C., they understand that charges cannot be taken at face value, and will launch their own investigation to unearth important details beneficial to your defense. 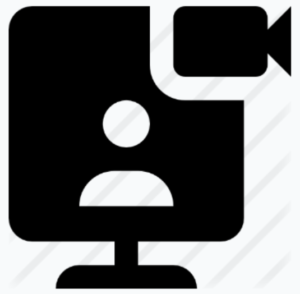